"The harvest of righteousness shall be sown in peace by those who make peace" (Letter of St. James)

FRIENDS OF THE LITTLE SISTERS OF JOY
An ecumenical Foundation of Prayer, Peace and Reconciliation

It has been an interesting seven months since I last published the last Newsletter, and I very much hope that no one misses out because from now on they will be on line; 20 years of postal newsletters, to over 700 Friends in 35 countries I hope has been something of an achievement! And hard to believe I have written them all!

After a lot of stress to attempt to reach Toronto for the eleventh time, I finally made it in the March to early April of this year. The pilot of our busy Air Canada flight had difficulty landing as the first runway was covered in snow, but we made a landing on a second runway after not too much delay.  It reminded me a little of a journey I made to Toronto in March 2007, only the second I made since my ‘vision of the night’ on 1st December 2004, which led me back to Toronto for the first time since 1988.

On that occasion in 2007 I was due to stay with a group of Religious Sisters, living in a lovely house in the Annex district of Toronto, and they waited up when my snowy flight was delayed and I didn’t arrive until midnight!

I have been staying in that neighbourhood practically ever since. My dear friend who ran a guest house at low cost for international travellers like me is not able to do this any more, so this year I booked myself in at a little hotel further down the street and almost right on the intersection of Bloor and Spadina. Bloor is famous for its cafes, restaurants and joie de vivre, as well as its length! And I was even closer to the St George Campus of the University of Toronto.

Not too far away from the University Library and the Newman Catholic Chaplaincy, is the part of the campus where the John M Kelly library is situated, and where the Special Collection/archive of The Little Sisters of Joy in Canada is housed.

This time round I saw more of my friends, while eating every day in a wonderful place called the Masters Buffet, a homely restaurant owned by a lovely Greek family from the ancient city of Sparta. There I met a Professor of Philosophy and folk from all walks of life and the food sustained me throughout my three week stay. 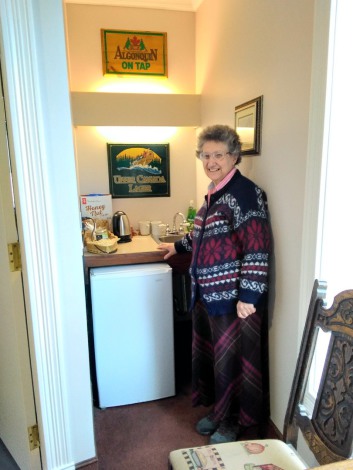 Apart from checking up on the archives, I attended a Mass on the eve of my 33rd anniversary of coming into the Catholic Church. I was sitting in this glorious building, called St Basil’s, which is used as the university branch, just meditating and lighting candles for my friend, waiting for the service to begin, more than half an hour later. An elderly lady was sitting praying too and we were the only ones in the large church.

During this brief conversation we discovered we were both Jewish; she came from a German Jewish family and her father had perished in the Holocaust, which made the meeting even more poignant and moving, as she told me she had not expected to meet another a Jewish Christian like me in that place. A God of wonderful surprises…

Unfortunately, towards the end of my stay, I phoned a friend in Cambridge, who told me that Dr James Mc Quillan, a very close friend of mine, had passed away. I knew that James had been ill for some time, but it was quite a shock, especially hearing it from a distance of five thousand miles…He was a remarkable man, in some ways an eccentric Irishman, but with a heart of gold and a distinguished architect and member of the Royal British Institute of Architects. He often asked me to proofread his articles, which fortunately were not too complex, but very interesting.

James, who was born in Enniskillen in Northern Ireland, trained in Dublin and worked from time to time in Botswana at the University there, which he loved. He had a very clear mind and supported me in the work for Peace and Reconciliation over a period of nearly 20 years. He used to be always present at the little gatherings I hold on the Jewish New Year for Trees, the spiritual anniversary of our Foundation, a movable Jewish Feast, which takes place sometime between the end of January and February.

This Feast, which I celebrated in my Jewish primary school by bringing in to school as many different fruits as possible, ‘translates’ into the work of The Little Sisters of Joy, as one can only hope that the seeds which we, with the help of  our Friends and Associates sow of Peace and Reconciliation, will ‘Bear fruit for an eternal harvest.’

For sure my dear friend James is already continuing to play his part.

Now, I am looking ahead to my third visit to Malta, which will hopefully take place in the middle of October. My friends there are waiting to receive me, I only have a little work to do there, then they are planning to take me back to the lovely fishing village I visited with them in 2019, where their daughter now lives with her husband. You may remember the newsletter I posted with a picture of me in this fishing village in 2019…

May you all have a peaceful and restful summer, free from all manner of ill health, 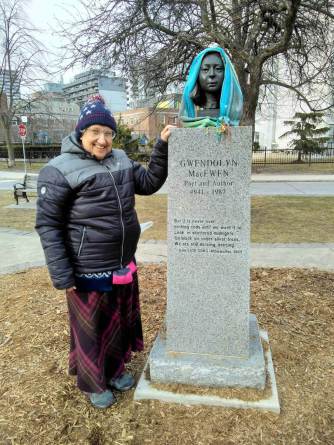