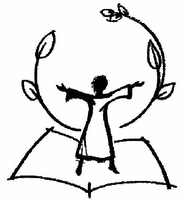 THE LITTLE SISTERS OF JOY is an International Foundation, which espouses a vision for Unity, Peace and Reconciliation between different faiths, ethnicities and traditions. Its origin in Provence dates back to 1998, although its inspiration from the Middle East dates back ten years earlier.

Through Music, Friendship and Encounter and with the Love of God at its heart, The Foundation aims to reconcile Jews and Christians, Jews and Arabs and Catholics, the Orthodox and Protestants. There has been an Outreach to the Native Canadians (First Nations) since 2008.

700 friends in over 30 countries support THE LITTLE SISTERS OF JOY in Friendship and Prayer. They receive the annual Newsletter, which was first published in 2002 and some are able to gather together.

Based in Cambridgeshire UK, where there is an involvement with the local communities and also at civic level, the work of the Foundation has spread to many European countries including Malta, France, Germany, Poland and Italy.

THE LITTLE SISTERS OF JOY has a special relationship with Canada, especially Toronto, which is considered to be its global and spiritual heart. An archive in the form of a Special Collection was opened on the work of the Foundation on 6th September 2018 in the John M Kelly Library in the University of St Michael’s College in the University of Toronto. Its ‘sister’ collection is in The Cambridgeshire Collection in the Central Library in Cambridge UK.

GILA MARGOLIN founded The Little Sisters of Joy, with the help of a friend, on the 7th March 1999 in Cambridge UK. As a trained musician, she started giving a series of ‘CONCERTS FOR PEACE AND RECONCILIATION’ in the spring of 2004, initially in Cambridge College Chapels, extending her venues to the 800 year old chancel in Michaelhouse, close to the mediaeval Jewish Quarter in Cambridge. Several concerts in the beautiful Lee hall in Wolfson College followed, before going further afield to the historic St Ives in Cambridgeshire. She has performed with her guitar in Toronto, at the George Ignatieff Theatre in the University and at the Alliance Française de Toronto.

Brought up in an Orthodox Jewish family in London and Glasgow, Gila learned liturgical Jewish music at an early age, and later thought of becoming a Jewish Cantor. She incorporates different types of Hebrew music into her performances, along with Songs of the 60’s which she learned in her wayward youth on the streets of Paris, during her studies at Glasgow University.

After moving to Cambridge in 1982, a series of mystical experiences during her degree in Hebrew Studies led Gila into the Catholic Church. She had many years of training as a classical singer, but the music she has been performing in the many concerts and book launches she has given since 2004 seem to be the most powerful way of transmitting the message of Peace.

When the audience from many varied backgrounds is moved to sing with her, in songs such as Blowing in the Wind and Last night I had the Strangest Dream, the music rises up, like a prayer, and the world is healed by the Creator at the Appointed Hour. This is a concept of the Rabbis that Gila learned in her childhood.

Gila’s two books of autobiography likewise serve as vehicles of the message of peace and reconciliation. The Moving Swan, published in 2006, describes her early childhood through her turbulent youth in Glasgow, to coming to Cambridge and finding what she was meant to do through the work of THE LITTLE SISTERS OF JOY. Where the Woods meet the Water (2014) the meaning of Toronto in the Mohawk language, explores her on-going love affair with Canada and the unfolding of the work of the Foundation over there, in this immense landscape, which was arguably the first in Creation.